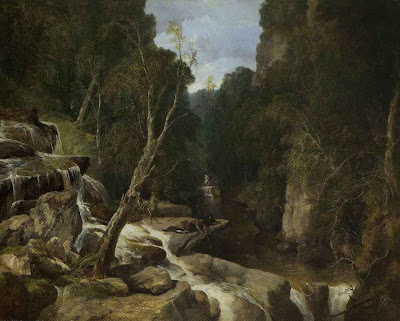 [Salmon poachers discovered] 1867
oil on canvas
.
1798 - 1879.
Landscape, seascape and still-life painter. Lived mostly in Barnstaple, Devon, where he was born. Served in the Army but had to resign due to ill health and entered the RA Schools in 1818. Mostly painted in Devon and Scotland. Popular painter of rather idealised landscapes. Often collaborated with the animal painter T S Cooper and occasionally with Landseer. Died in South Africa.
http://en.wikipedia.org/wiki/Frederick_Richard_Lee
http://www.tate.org.uk/servlet/ArtistWorks?cgroupid=999999961&artistid=339&page=1 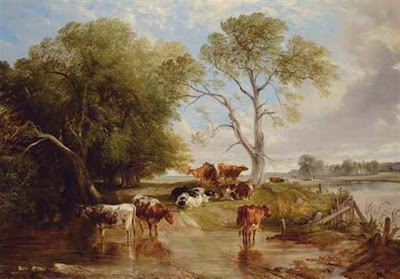 http://www.artnet.com/artist/650182/frederick-richard-lee.html
(including works for sale)
at 7:00 AM