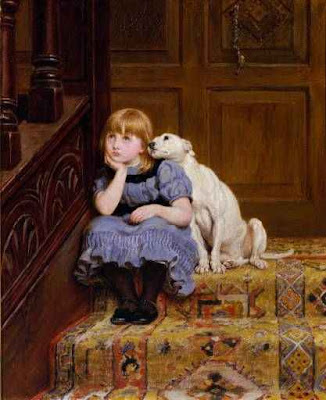 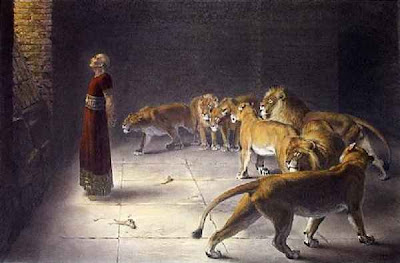 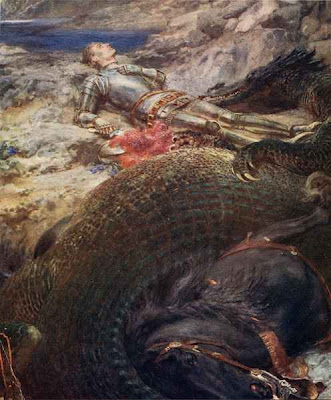 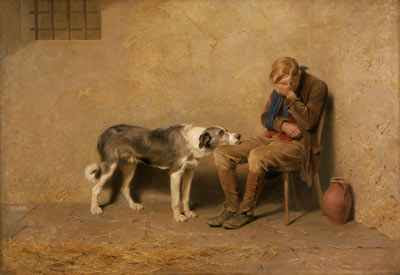 The famous little girl in 'Sympathy' was the artist's daughter Millicent.

Sympathy greatly appealed to the Victorian public and was his most popular work. Prints were in hundred's of homes and even won acclaim from the great art critic Ruskin. Riviere had done the subject as a wood print for an American publication first but then turned it into a painting. As said above, the girl was his daughter Millicent, the dog was actually based on a Bull Terrior and is not a portrait of an actual dog. Ruskin wrote "the dog is uncaricatured doggedness, divine as Anubis, or the Dog-star, the child entirely childish and lovely, the carpet might have been laid by Veronese." A reviewer called Riviere the 'prince of dog painters', and some critics appointed him as the heir to Landseer.

Riviere was very successful in his lifetime and high prices were paid for his works.
at 6:20 AM