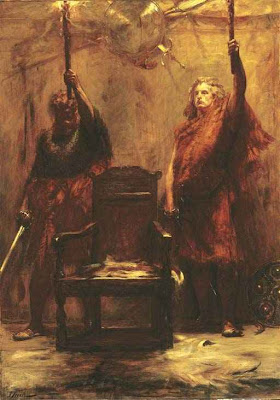 These candlesticks were members of my family who acted as bodyguards to the the Keppoch chiefs down many generations, following the famous Keppoch murders. My Campbells were of huge stature in those days, whereas I am only 6'4". At Culloden, my ancestor was murdered along with Keppoch while trying to protect him a few minutes before the battle started.