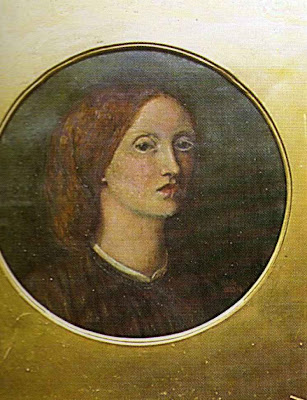 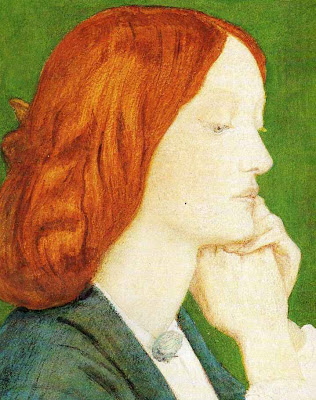 Elizabeth Eleanor Siddal (1829 – February 11, 1862) was a British artists' model, poet and artist who was painted and drawn extensively by artists of the Pre-Raphaelite Brotherhood.
Siddal was perhaps the most important model to sit for the Pre-Raphaelite Brotherhood. Their ideas about feminine beauty were profoundly influenced by her, or rather she personified those ideals. She was Dante Gabriel Rossetti's model par excellence; almost all of his early paintings of women are portraits of her. She was also painted by Walter Deverell, William Holman Hunt and John Everett Millais, and was the model for Millais' well known Ophelia (1852).
http://en.wikipedia.org/wiki/Elizabeth_Siddal
First seen by Walter Deverell when she was working in a bonnet shop she was first asked to sit fot Viola in his Twelfth Night (1850).
http://www.english.emory.edu/classes/Shakespeare_Illustrated/Deverell.Duke.html
She is the British girl in Holman Hunt's
http://www.abcgallery.com/H/huntwh/huntwh11.html
Converted British Family Sheltering a Christian Priest from the Persecution of the Druids.
1850
before sitting for Rossetti.
.
http://lizziesiddal.com/portal/
at 5:00 PM

Thanks
clawfoot faucetsholiday in antigua