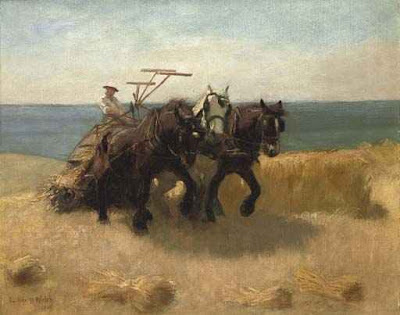 Lucy Kemp-Welch was the most prominent pupil of Hubert von Herkomer at his art school in Bushey. The school closed in 1904 but was subsequently reconfigured as The Kemp Welch School of Animal Painting. Kemp-Welch became the first president of the Society of Animal Painters.