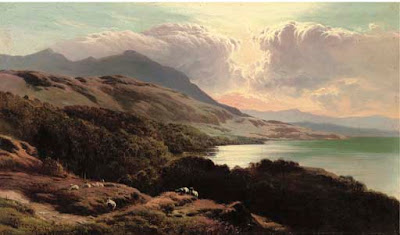 Sidney Richard Percy Williams, known as Sidney Richard Percy, was the second-youngest son of the landscape artist Edward Williams (1781-1855) and one of six brothers, all of whom were accomplished and successful painters
at 6:00 AM