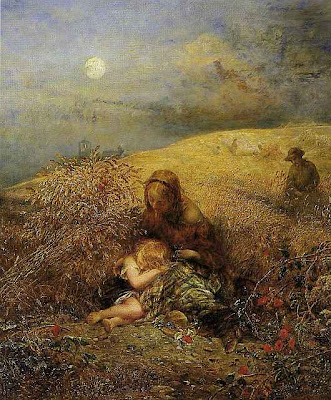 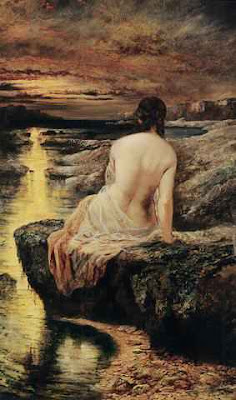 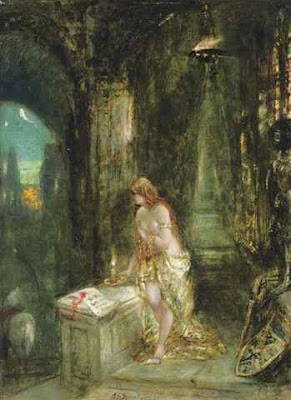 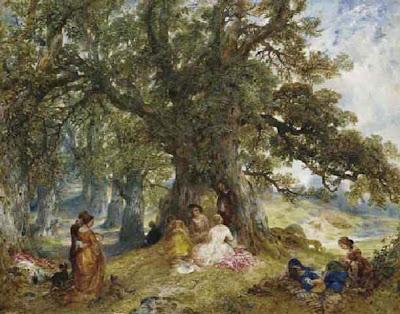 Bio written by Lacewing Fine Art
Born 20th December 1805, in Exeter, Alfred Joseph Woolmer was a painter and sculptor of allegorical subjects and genre scenes. He studied in Italy and was later inspired by Watteau. He was a member of the Society of British Artists & exhibited at SS (355 works), BI and mainly at RA 1827-1886. Examples of his work are in the Glasgow, Liverpool and York Art Galleries. Woolmer had a very distinct and personal style, combining rich colours and a fluid technique. Examples of work in Museums & Galleries CARDIIFF She Never Told Her Love GLASGOW Watt in his Workshop LEICESTER Bathers LIVERPOOL Morning after the Battle of Hastings YORK Evening Song

I am glad we are both introducing each other to new artists! This is absolutely great! With your permission I like to blog about Woolmer - love his work!

Thank you, I love your blog and glad we can inspire each other. Funnily enough I was thinking as I posted this that here was a major artist I had hardly heard of and must find out more.

Hi I just picked up a woolmer oil painting and am looking for places to find more info on my painting. Its a winter scene with ducks taking off or landing on a river. Any info is helpful. Thanks Jim in sunny Phoenix Arizona USA