James Archer - The Girl with the Canary 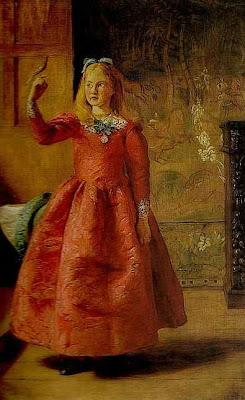 1865
oil on canvas
1823 - 1904.
Scottish painter of genre, portraits, landscapes and historical pictures (mostly medieval - often Arthurian) which show a Pre-Raphaelite influence. In 1862 he settled in London and his pictures became more sentimental in tone. He was the first Victorian painter to portray children in period costume.
at 6:45 AM