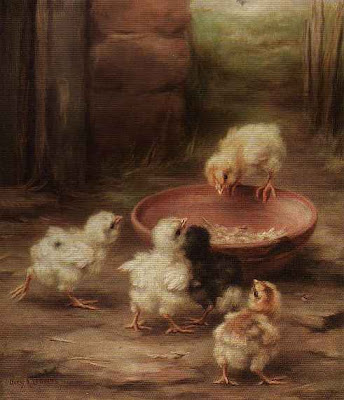 [Chicks feeding]
oil on canvas
Lucy Ann Leavers was a 19th Century British artist born in Nottingham. She flourished from 1887 through 1898, is best known for her paintings of genre scenes and animals. Often painting in a large scale, her work is characterized by a highly finished style and her choice of compositions, which often put animals in amusing situations. She exhibited seven works at the Royal Academy between 1887 and 1898. 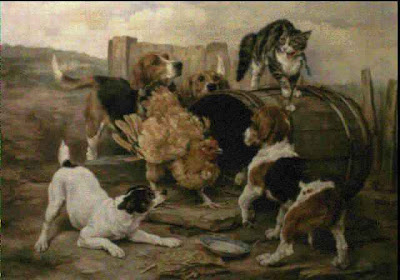 [In a Fix]
oil on canvas 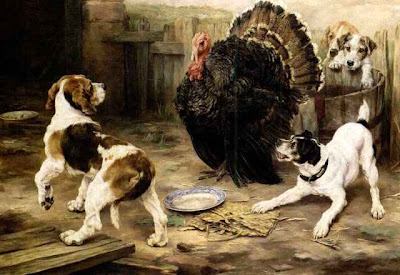 [Barnyard Friends]
oil on canvas
http://store.encore-editions.com/wxw163wxw.html
at 7:09 AM

Lucy Ann Leavers is one of the best painters in the world I think she continues being the best, by the way those paintings look like my backyard.

Thank you. I'd love those puppies.