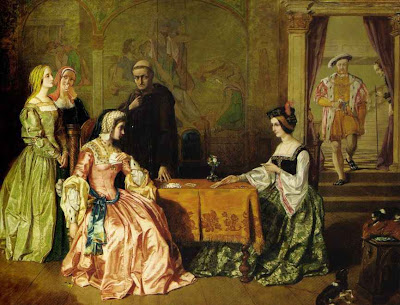 [Catherine of Aragon] 1852
oil on canvas
An imaginary encounter between Catherine (on the left) and Anne Voleyn (holding the Queen of Hearts). The backdrop illustrates the story of Anthony and Cleopatra. Anne is seated in front of a personification of 'Ambition'.
The picture is fairly typical of the first part of Egley's career up to about 1855 when his friendship with Frith led him to depict more contemporary scenes (see below). After about 1862 he painted mainly 18th C scenes.

.
1826 - 1916.
London historical genre painter. Son of William Egley - a miniaturist. Exhibited at the RA 1843 - 1898 and elsewhere. His workbooks list over a 1,000 works but the middle period is the most collected and his quality is considered rather uneven. 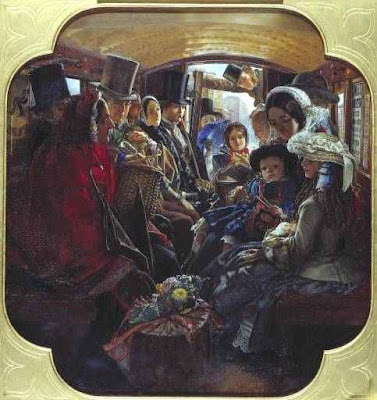