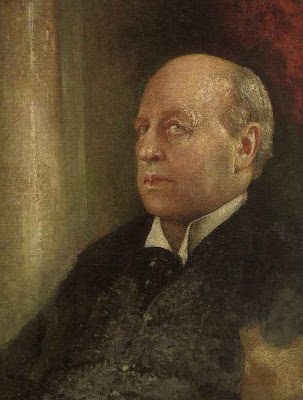 [Portrait of Henry James, bust length in a black coat]
oil on canvas
.
1843 - 1916.
or 1844 - 1933 ?
Mrs Joseph William Swynnerton
Painter of allegorical and symbolic pictures. She also did portraits and pictures of children. Born at Kersal, near Manchester and studied at the Manchester School of Art, Paris and Rome. Exhibited at the RA and elsewhere. Married Joseph Swynnerton, a Manx sculptor. Lived mainly in Rome until her husband died in 1910. Influenced by G F Watts. Died at Hayling Island.
http://www.illusionsgallery.com/sight.html
http://www.tate.org.uk/servlet/ArtistWorks?cgroupid=999999961&artistid=540&page=1
at 7:49 AM