Stealing the Mystic Lamb: The True Story of the World's Most Coveted Masterpiece 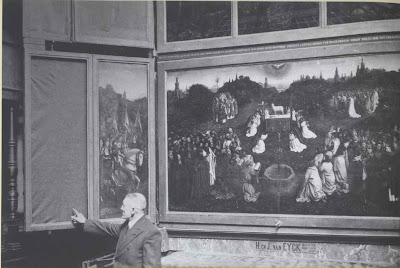 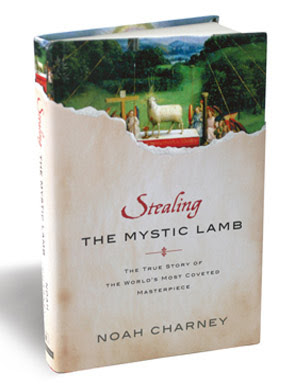 NEW YORK, NY.- Jan van Eyck’s Ghent Altarpiece is, without any question, one of the most important paintings ever made. Finished in 1432, it was the first piece to demonstrate the astounding versatility of oil painting, which would become the preferred medium by painters for 500 years. Astonishingly, it is also the most desired artwork of all time. Since its completion in 1432, this twelve-panel oil painting has been the victim of thirteen separate crimes, including seven separate thefts; it has been looted in three different wars, burned, forged, smuggled, illegally sold, hidden, hunted by Napoleon and then the Nazis, ransomed, and rescued by Austrian double-agents. (The runner-up, a portrait by Rembrandt, has been stolen only four times.) In STEALING THE MYSTIC LAMB, leading art crime expert Noah Charney chronicles the larger-than-life story of The Ghent Altarpiece’s 600 years of near constant movement and explores what drove so many to desire this artwork above all others.

While safe again in Belgium’s Saint Bavo Cathedral, The Ghent Altarpiece is still an unfinished story; there are unanswered questions surrounding its history, in particular the unsolved theft of the Righteous Judges panel in 1934. However, fresh insight might be imminent. The Getty Foundation and Museum in Los Angeles recently announced plans for a complete restoration of the piece, and such up-close inspection might finally yield some answers.

Saint Bavo Cathedral will probably never be robbed again, but art theft continues to make headlines today. In 2006, Charney founded the first organization to focus exclusively on art crime, the Association for Research into Crimes against Art. An international industry valued as high as $6 billion a year, art theft still represents the largest black market behind drugs and weapons trafficking and ultimately, only 10% of all crimes are solved. STEALING THE MYSTIC LAMB tells the dramatic story of the ultimate prize—the most coveted piece of artwork of all time.

NOAH CHARNEY is the author of the international bestselling novel The Art Thief and the founding director of The Association for Research into Crimes against Art, an international non-profit think tank. His work in the field of art crime has been praised in such forums as The New York Times Magazine, Time Magazine, Vanity Fair, Vogue, BBC Radio, and NPR. Currently professor of art history at the American University of Rome, he lives in Italy with his wife.