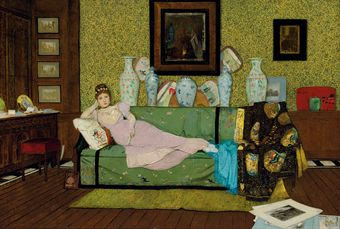 what a great artiest. this picture look like real the john atkinson grimshaw lying on sofa. can you share album of this artiest? Click here residential home cleaning services weston

This is a smart blog. I mean it. You have so much knowledge about this issue, and so much passion. You also know how to make people rally behind it, obviously from the responses. thanks for this. it's time to avail locksmith Services dallas

lady laying on this sofa is looking soo beautiful and it's background, its also amazing, who made it? keep up thanks. this time to take advantage of Refrigerator Cleaning Service in Phoenix AZ visit for more details.

Thank you for sharing interesting post with us. I learn more through this post. The garage floor epoxy services in Alpharetta ga provide the best and affordable work in a short time.