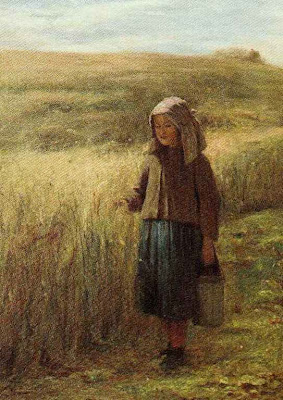 [Through the Barley]
oil on canvas
.
1832 - 1908.
A native of Stanley, Perthshire, Henderson settled in Glasgow in 1852. For over fifty years his influence helped raise the status of art and artists, which had been very low when he arrived in the city. Initially he made his living and his reputation as a portrait painter, diversifying as a painter of landscapes, seascapes and house interiors. His marine paintings were particularly noteworthy.
Henderson was a frequent exhibitor at the Royal Scottish Academy and at the Royal Glasgow Institute of the Fine Arts and was President of the Glasgow Art Club.
at 5:45 AM