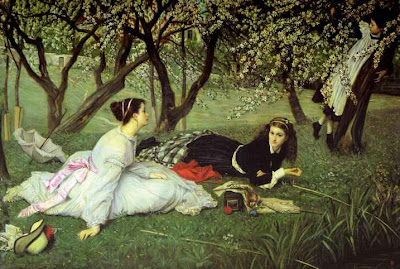 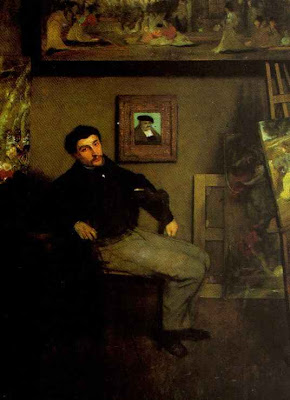 [Tissot in an artist's studio in 1868 by Degas]
.
[main picture]
1864
oil on canvas
Tissot's first exhibited work, shown at the Paris Salon and marks a move away from his early attempts at historical costume pieces. The red jacket was in fashion at the time but considered rather 'racy'. Known as the Zouave bolero it was said to be inspired by the French Colonial trrops, the Zo uaves.
at 6:00 AM

Here is "Le Déjeuner sur l'herbe" from James Tissot too, with a dog !