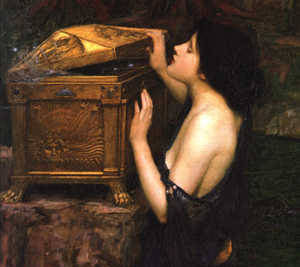 A RESPECTED art dealer and historian has died following a battle with cancer. Christopher Wood, 67, was born in Darras Hall, Ponteland, and educated in Newcastle before reading history at Cambridge.

For five years he was an expert on BBC1’s Antiques Roadshow with a specialist interest in the Victorian period.

In 2007 hundreds of items from his collection fetched more than £1.3m at auction at Christie’s.

The eldest of three sons to Christopher Russell and Muriel, Christopher Wood was born on October 31, 1941.

His brothers are David, a judge sitting at Newcastle and Durham, and Anthony, a retired director of Sunderland’s Vaux Brewery. Mr Wood was educated at Sedburgh, where he was a notable long-distance runner.

He then attended St John’s College, Cambridge, where he read history.
In 1963, at the age of 22, he joined Christie’s, becoming the youngest director in the company’s history, and in 1976 he left to set up as a dealer, later opening the Christopher Wood Gallery, London.

He organised exhibitions at the Shepherd Gallery, New York, as well as in the Capital.

He published the Dictionary of Victorian Painters, in 1971, which was followed by a dozen other books.

The expert acted for Tyne and Wear Museums during The Journal campaign to bring The Blaydon Races painting by Tyneside artist William Irving back to the region after it was sent to London for auction by a hotel group.

Mr Wood was twice married, firstly to Sarah Drummond in 1967, author of The Good Schools Guide, and they had two sons and a daughter.

The marriage ended in divorce in 1995 and in 2004 he married Rosemary Bingham, who supported him through his illness.