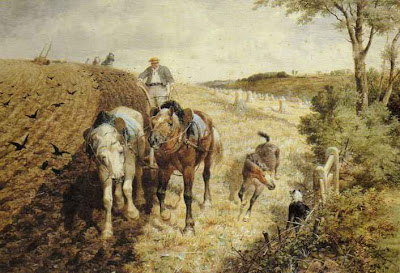 Watercolour heightened with white
.
1824 - 1896.
A very prolific painter both in oils and watercolour, landscapes, especially noted for his coastal scenes. Born in Exmouth and entered the RA Schools in 1846. Until 1863 he worked for a firm of upholsterers and decorators as an award winning designer. Later he worked for them part-time and in 1867-8 he lived in Boulogne, visiting Holland. He was influenced by Millet and the arbizon painters. In 1875 he travelled to Cairo via Venice and Brindisi and then went on to Jaffa and Jerusalem and these travels feature in many of his paintings. He exhibited widely, including at the RA.
http://www.artnet.com/artist/2173/richard-beavis.html
http://store.encore-editions.com/CART/5.html
http://www.orientalist-art.org.uk/beavis.html
at 6:00 AM