A Collector’s Eye: Cranach to Pissarro 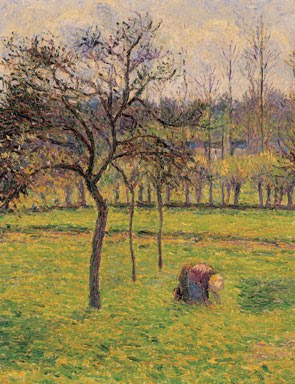 LIVERPOOL.- A Collector’s Eye: Cranach to Pissarro is a unique exhibition of paintings from a stunning private collection.

Running from Friday 18 February to Sunday 15 May 2011 at the Walker Art Gallery, Liverpool, A Collector’s Eye: Cranach to Pissarro exhibits five centuries of art and 64 works ranging from tender 15th-century devotional images to 19th-century French Impressionist landscapes. Old Master artists Rubens, El Greco, Delacroix and Cranach are included alongside Impressionists such as Pissarro and Sisley.

A Collector’s Eye: Cranach to Pissarro features works from the Schorr Collection assembled by private collector David J. Lewis for his family interests. This privately held collection has been built up over the last 35 years and now numbers over 400 paintings. While numerous individual pieces have been loaned to many public institutions in the UK and abroad, this is the first time such a large part of the collection has been shown in a single exhibition.

The Walker Art Gallery built its world-class collections on the generosity of benefactors and 19th-century philanthropists. Carrying on this tradition David Lewis is keen to exhibit part of his family’s collection at the Walker, including works already there on long term loan, and share these masterpieces with the public.

David Lewis says: ”The public need and deserve an opportunity to see and experience objects of art from all ages, collected objectively to educate, to inform, and create the basis for public enjoyment and enlightenment irrespective of economic considerations. Over the years a high proportion of the collection has been loaned to institutions, normally on a long term basis. We have sought to satisfy our own intellectual curiosity, but also to have the satisfaction of assisting many public bodies to fill gaps, or complement existing holdings, for public benefit.”

As well as being an exhibition of great breadth and depth of style and time periods, it is also a story of how a collection grows and develops, and how the taste of the collector changes and diversifies.

Lewis began to build up this collection in the early 1970s when he bought Impressionist works for his family interests. By the 1980s however he was developing a more diverse collector’s eye and had in the collection many gems, including Guido Reni’s St. Mark, Salvator Rosa’s A Philosopher and El Greco’s St. John the Evangelist, all on display in this exhibition. The collection has continued to expand and outstanding acquisitions include Battle of the Amazons by Rubens, Pommiers dans une prairie by Pissarro and Port-Marly sous la neige by Sisley.

When collecting Lewis explains that there are certain responses he must feel on viewing the painting: intellectual, emotional and aesthetic. He uses a musical analogy to describe his selection:

Reyahn King, director of art galleries at National Museums Liverpool says: “This fantastic exhibition pays tribute to the visual and intellectual curiosity of a collector whose acquisitions now form one of the largest collections of Old Master paintings amassed in England since World War II. While individual paintings have been widely lent to institutions, this exhibition at the Walker Art Gallery is the first show dedicated to the Schorr Collection, and we are extremely grateful for the generosity of the Lewis family interests.”