The Orient Expressed: Japan's Influence on Western Art at the Mississippi Museum of Art 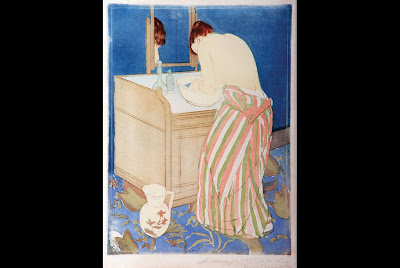 JACKSON, MISS.- The Mississippi Museum of Art presents The Orient Expressed: Japan’s Influence on Western Art, 1854–1918, the eleventh exhibition in The Annie Laurie Swaim Hearin Memorial Exhibition Series. On view February 19 through July 17, 2011, the exhibition is organized by the Mississippi Museum of Art, Jackson, and curated by Gabriel P. Weisberg, Ph.D., Professor of Art History at the University of Minnesota.

Established in 1989 to honor the memory of Annie Laurie Swaim Hearin, one of the Museum’s most dedicated patrons and volunteers, the Hearin series showcases exhibitions of world-class art, attracting visitors to Jackson from across Mississippi, the Southeast, and beyond.

Visitors to The Orient Expressed are offered the opportunity to experience the cultural phenomenon known as Japonisme, which was first identified by French art critic Philippe Burty in 1872. Japonisme became a worldwide movement that deeply impacted the visual and decorative arts as well as architecture, music, theater, literature, graphic design, and even fashion. According to Mississippi Museum of Art Director Betsy Bradley, “The Museum has secured works from some of the most prestigious collections in France, Belgium, and throughout the United States. With the scope and caliber of artwork included in The Orient Expressed, we anticipate a larger audience than ever before, and we look forward to sharing the Museum with them.”

The cultural impact of Japan on the West prior to World War I is presented through more than 200 paintings, prints, and decorative arts from the 19th and early 20th centuries. In addition to the exemplary Western objects that are showcased in The Orient Expressed, a select group of works from the Japanese art tradition are incorporated to clarify specific influences. Dan Piersol, the Mississippi Museum of Art’s Deputy Director for Programs, states “All of these aspects will elucidate the impact of Japonisme, and how it hastened the development of art nouveau and symbolism during the 1890s, and the advent of modernism.”