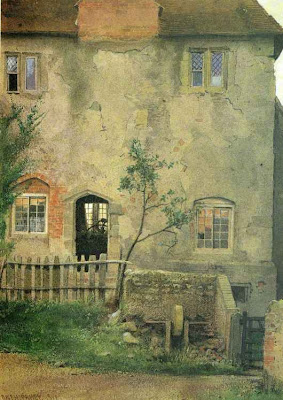 Edward Henry Fahey was born in Brompton, England. He was the son of artist James Fahey. Edward studied architecture at South Kensington and at the Royal Academy Schools. He traveled in Italy from 1866 to 1869 and upon his return re-entered the Royal Academy Schools to study painting. He exhibited works at the Royal Academy, Royal Hibernian Academy and Royal Scottish Academy. Today his paintings are in the Victoria and Albert Museum, England and in the Melbourne, Salford and Sydney Museums, Australia.