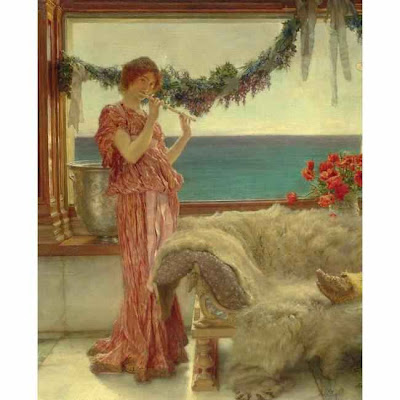 signed and inscribed L. Alma-Tadema Op. CCCXLVII (lower left)
oil on panel
18 by 26 in
Hammer Price with Buyer's Premium: 792,000 USD
This painting originally belonged to Henry Walters, who, with his father, William, formed one of the most important art collections in America in the late 19th century.