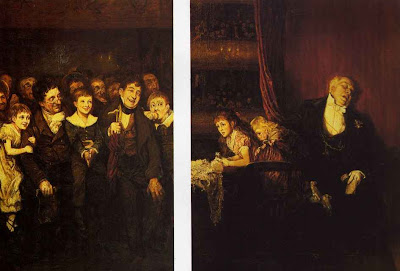 1846 - 1896.
London genre painter, mainly featuring children and domestic scenes. Studied under Leon Bonnat in Paris, working in London and at Cullercoats (coast of Northumberland). Exhibited at the RA and elsewhere and also worked as an illustrator for Punch and the Illustrated News, often connected with the works of Dickens. He was the son of a Silversmith. Admired by Van Gough (during his stay in London). Married Alice Faraday (niece of the famous Scientist) and in the 1880's they lived as part of a colony of artists at Broadway in the Cotswolds. John Singer Sargent painted a portrait of his wife and the daughters are the models for Carnation, Lily, Lily, Rose. 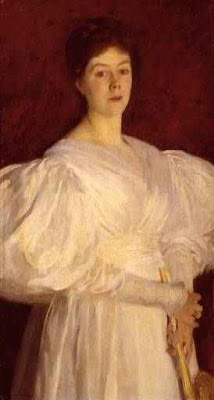