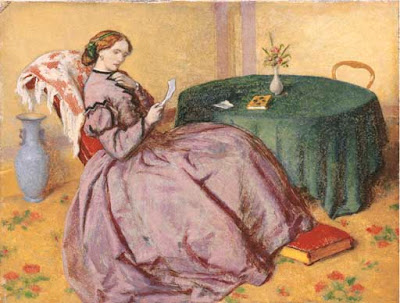 Burton was an historical painter who is best known for The Wounded Cavalier which had a sensational entry to the Royal Academy exhibition in 1856. Dogged by ill-health and lack of recognition, Burton practically abandoned painting during the 1880s and 1890s, but was persuaded to take it up again around 1900.
at 6:00 AM