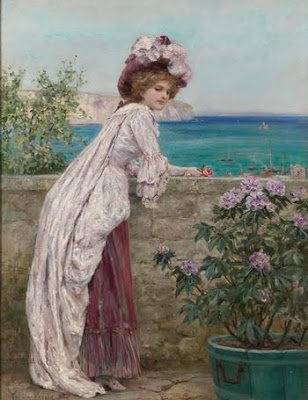 Henry John Yeend King was a landscape and rustic genre painter. He worked for three years in a glassworks, and he studied under William Bromley and also with Bonnat and Cormon in Paris.

In 1898 his picture of "Milking Time" was bought be the Tate Gallery. Yeend King was a typical late Victorian painter of rustic genre often portraying garden scenes with pretty girls, but his robust plein air technique and bold colours reflect his Paris training.

Works by him are in the Tate, the Walker Art Gallery, Reading, Rochdale and Sheffield Galleries. He was married to the sister of Robert Gallon.