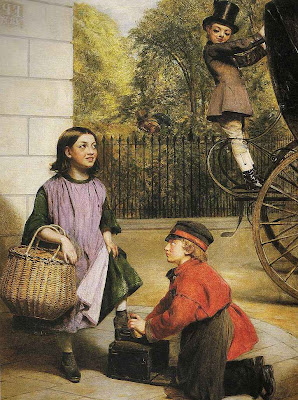 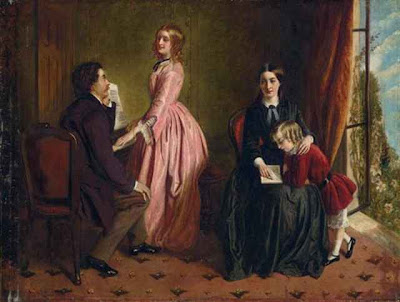 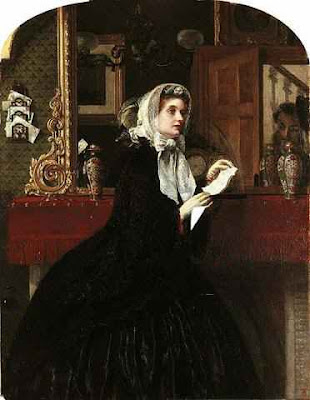 Rebecca Solomon (1832–1886) was born on 26 September 1832 in Bishopsgate Street, London, the second among the three children of Michael Solomon (b. 1779) and his wife, Catherine Levy (d. 1886). Her father was a businessman and prominent member of the Jewish community in the City of London. Her two brothers, Abraham Solomon and Simeon Solomon were also artists. She trained at the Spitalfields School of Design and worked as an assistant and copyist to her brother Abraham until his death in 1862. She also made copies for other artists, including Millais. Between 1850 and 1874 she exhibited widely in London and the provinces, initially in oil and then, for financial reasons, diverting to watercolour and illustrative work from 1863. Through her younger brother, Simeon, with whom she lived after Abraham's death, she came into contact with the circle of D. G. Rossetti. She was an exponent primarily of literary and historical genre, and Pre-Raphaelite influence may be seen in some of her work of the 1860s and 1870s, specifically in paintings she exhibited at the Dudley Gallery, such as Primavera and The Wounded Dove. She died in London on 20 November 1886 after having been hit by a cab in the Euston Road.
ODNB
at 7:14 AM

This was helpful thanks!
PS: The Wounded Dove my R. Solomon is also a great painting.

Thank you, I agree and should have included it.