William Clarkson Stanfield - The burning of the Anchor Brewery, 1832 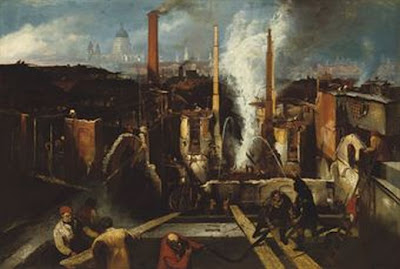 The origins of a brewery in Southwark date back to the early 17th Century and by the early 19th Century the Anchor Brewery had been enlarged considerably, when the majority was destroyed by fire in 1832. A prominent landmark along the South Bank, this would have been quite a spectacle, and has been used as a subject by Stanfield to considerable dramatic effect in the present lot.