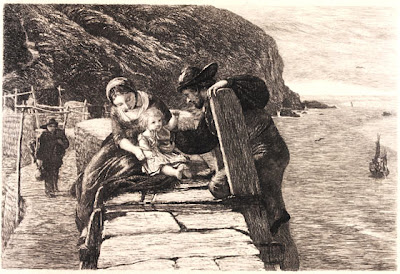 A favourite sentimental theme was the idea of a man's family as a haven from his working life. Here the father is poised to leave, and the dangers of his occupation give his farewell a particular poignancy. In a later work Hook depicted children whose father was missing at sea.