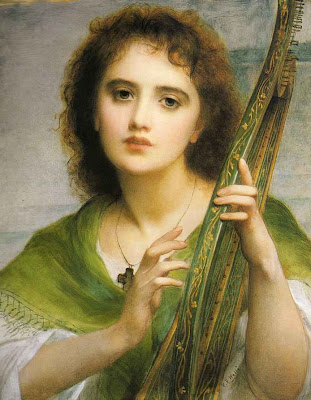 Charles Edward Halle, a British artist was born 1846 in Paris to English parents and died after 1914. He was a painter of history scenes, genre scenes, and portraits. He was the son of Sir Charles Halle, a pianist and orchestra conductor who immigrated to England during the revolution of 1848. His first professors were Richard Doyle and the Baron Marochetti when he entered the School of the Royal Academy of London. At seventeen years of age he traveled to France and worked with Victor Mottez, a student of Ingres. From France he traveled to Italy. He was attracted to the tradition of Neo-Classicism found in Rome. Upon his return to London he exhibited four paintings at the Royal Academy of London in 1866 and then departed for Venice. He studied the techniques of the Venetian Masters and tried to paint in their style. He then returned to England and settled permanently in London. In 1877 with Joseph Commyns Carr, he assisted Lord Coutts Lindsay in the creation of the Grosvenor Gallery. In 1888 with Burne-Jones, he founded the New Gallery in Regent's Street. He exhibited frequently in these two galleries. His works have been displayed in the museum in Sheffield.
at 6:00 AM