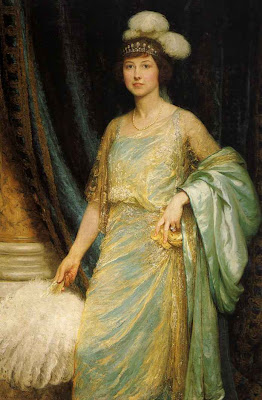 Viva, Mrs Norman Holbrook, was the daughter of Frederick Woodin and the widow of F.E. Dixon. In 1919 she married Commander Norman Holbrook, one of the six Holbrook brothers who were known during the First World War as 'The Fighting Holbrooks'. He was famous for his daring exploit in the Dardanelles when he took his submarine under five rows of mines in order to torpedo a Turkish battleship. Against the odds he returned safely and was awarded the first naval V.C. Viva Holbrook died in 1952.