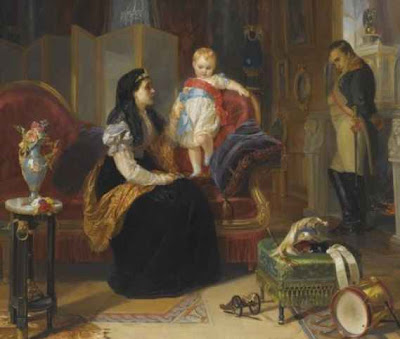 The narrative was taken from Histoire de Napoleon II by Duc de Reichstadt; 'At the sight of this child Josephine experienced profound emotion. She fixed upon him her eyes dimmed with tears... The little Prince returned her affection, and gave himself up, and all the gentleness and amiability of his character... The Emperor heartily thanked Josephine for this testimony of her affection. It was a day of happiness to him.'